We all know mobile is booming. Even grandparents use smart phones to read papers, take pictures of their grandkids and play sudoku. We know we use smartphones to check our Facebook feed. But how many clicks on links are there on mobile vs desktop?

Based on statistics from fb.st we are able to track the total number of mobile clicks from a mobile vs desktop device. Below are the total average of all clicks on the most used shortened URL on FB.st from 1.Juli 2012 to 28.february 2013. 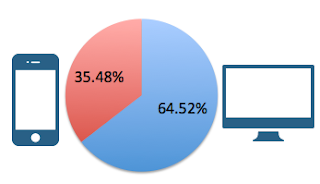 But please remember, this is an average. A further look at the data shows there are huge differences in countries, industry and what is being communicated. 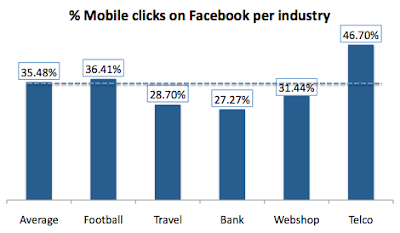 To give you a brief intro into the differences. The graph below shows the click percentage from mobile in five industries. There are also pretty big variations from case to case, ranging from 5.85 % (insurance company) to 59.76 % mobile clicks (fast food company).

The conclusion must be that mobile is a definite factor and no longer a trend. That said it is important you track for yourselves how your users behave on the different devices. 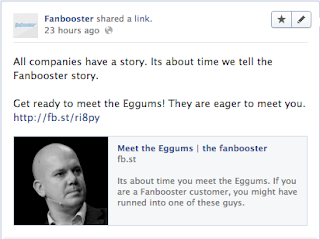 The URL shortener fb.st is mainly used for Facebook posts and gives a good indication on Facebook activity.

The example to the right is a good example of how fb.st is used. When the fb.st-link is clicked, we track which devices have been used and can create statistics based on this input

These statistics are all based on fb.st URLs. Several million clicks have been used for this study. But remember. Only links with fb.st are in these numbers.

All Fanbooster applications have a fb.st URL. When the fb.st URL is clicked, Fanbooster automatically directs the user to either a desktop or mobile version of the app.

fb.st is a customers only product. That makes it spam-free and more trustworthy for the user. 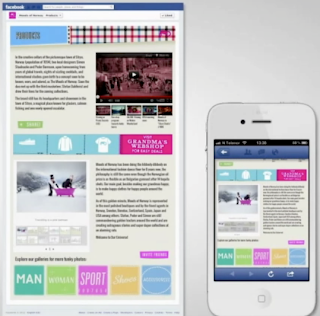 Want a free demo of the Fanbooster platform?

About the Author: Geir Sand Nilsen