Skip to content
Thanks for checking out Fanbooster!
Fanbooster is no longer serving new customers–check out this blog to learn about your other options.

How to Really Get More Twitter Followers: 11 Modern Methods That Actually Work

Marketers question the value of Twitter for lead generation and awareness more often than its social platform counterparts.

Then again, every network comes with its pros, cons, and bad press — consider the countrywide bans on TikTok and the Facebook advertising boycott gaining steam with more big-name brands.

Twitter is its own beast. But, when approached with the right mentality and growth tactics, it can prove a useful channel to incorporate in your client’s social media strategy.

But yes, we get it: starting out on Twitter is hard.

And you’re probably wondering, “How can I get more Twitter followers?”.

If you’ve recently created an account for a client, chances are they have a small follower count — a number that may refuse to budge despite your best efforts. You might contemplate giving up altogether.

After all, if no one is reading your content, what’s the point in posting it?

Don’t give up just yet!

The reality is that many brands rely on old growth hacks to get more Twitter followers. While these outdated methods may have worked in years past, many have lost their relevancy as Twitter continues to tweak its algorithm and update its functionality.

This is why we’re here to walk you through 11 modern ways to gain Twitter followers that actually work.

These methods focus on quality over quantity and relationship-building over follower growth hacks or black hat methods that lead to fake or misaligned followings.

Many brands approach social media platforms thinking only about what they have to say about their product or service. However, to build a base of engaged followers, you have to be conscious of what an audience is genuinely interested in.

There’s a natural balance to be found in retweeting and sharing content from others. But it’s important to share original content as well (including blog posts, infographics, videos, and podcasts).

Don’t let your content consist of regurgitated how-tos that people can find anywhere else.

As your audience gains interest in your client’s brand, they’ll be more apt to retweet. Consider that free advertising as it further expands your reach.

The Twitter feed moves fast. You can’t afford to take breaks or go quiet if your goal is to gain more followers.

You need to consistently Tweet high-quality content that expands your reach, retains your existing followers, and brings new people through the door.

There are plenty of studies detailing exactly how often you should be posting, but the consensus sits between three and 30 times a day.

Since you’re unlikely to be sitting in front of Twitter 24/7, it helps to build out a content editorial workflow that accounts for timely and scheduled Tweets. Scheduling ahead of time ensures you’re always saying something.

Try creating a content calendar using a social media scheduling tool like Fanbooster. Our scheduler offers several powerful Twitter tools that will make your life easier. You can use it to schedule your tweets all at once, so you get a week’s worth of Tweeting done in just a few minutes.

Think of hashtags as search engine optimization (SEO) for Twitter. When you use hashtags, you’ll get your content in front of people searching for what you’re posting.

Need help finding hashtags to use?

Just use the same methods you use for keyword research: Look at what your competitors are hash-tagging, do a search on Twitter, and get a feel for what’s popular in your client’s industry.

A tool like Hashtagify can also give you a quick glimpse at hashtags worth using.

Their Related Hashtags section is useful for surfacing — you guessed it — related hashtags.

Just try not to overdo it. Too many hashtags in a single Tweet runs the risk of feeling spammy.

Additionally, remember that the more popular a hashtag is, the more competition you’ll be up against in getting seen. Consider experimenting with more niche hashtags.

An easy way to get your content in front of new eyes is by engaging with other Twitter users.

When you reply to other Tweets, your response will be linked to the original post as a chain, giving you free publicity. It’ll also show others who come across the Tweet that you’re actively engaging with people in your industry.

Just make sure your client’s responses are (as with any content you push) high-quality.

Another way to piggyback on other people’s audiences is by including other brands and influencers in your blog content.

An easy way to organize client efforts around engagement is to create Twitter lists. Over the years, I’ve added WordPress community members to my WordPress is Best list to keep tabs on them.

Find thought leaders in your client’s industry and regularly engage with them. In the future, you may be able to leverage the connection for other marketing initiatives.

Retweet this and we'll give your profile pic a Fastronaut helmet pic.twitter.com/DHSJrnVz7d

Adding photos, GIFs, videos, and other visual media to your posts is an easy way to get more Twitter followers.

Visual content is proven to increase engagement on your posts — Tweets with images receive, on average, a 35% boost in retweets compared to those without.

Visuals help your client’s content stand out in a crowded newsfeed. You can start with something as simple as hand emojis pointing at links or checkmark emojis on a bulleted list.

As time goes on, you can up your image game with a tool like Canva. You can even create high-quality visuals directly in Fanbooster with our streamlined Canva integration.

So with that in mind, make sure these are super polished and make a good impression.

A Twitter bio should show off achievements and products, as well as incorporate relevant industry keywords. This bio will tell potential followers what a brand is all about and entice them to learn more.

The same goes for a Twitter cover photo. Ensure that your cover photo fits the correct social media image size.

Shamelessly fill the cover photo with self-promotion. Make it a visual extension of your client’s bio. For example, if your client mentions their latest product in their bio, show it off in the cover image.

Just grab a free social button pack and start embedding — Twitter even has a free set on its developer page.

Plaster these on your blog posts, website footer, and landing pages. Chances are, people who love your content will jump at the opportunity to get more of your insights via Twitter, too.

You can only select one tweet to pin to the top of a profile at any given time — choose wisely.

Consider pinning a popular piece of owned content. You can also showcase a highly engaged post as social proof, enticing others to visit your feed to interact with it.

Alternatively, maybe you have an exciting announcement or timely happening worth pinning. I’ll occasionally use the pinned placement to draw further attention to writing research I’m conducting.

Whatever you pick, make sure it’s high-quality and provides a good representation of what your client’s brand is all about. After all, this is likely the second thing a potential follower will see after checking out the Twitter bio.

People are obsessed with automation these days. And for good reason when you consider the time savings and productivity benefits.

However, on a platform like Twitter, which thrives on organic, fast-paced chatter, the last thing you want is to seem contrived.

Do not, under any circumstances, auto-Tweet or direct message new followers.

An automated “thank you for following” message might seem polite, but it comes off as disingenuous. It’s a big turnoff for the majority of diehard Twitter users.

Thank you @s_narmadhaa for putting it together. And to everyone who participated in the awesome discussion. 😀 pic.twitter.com/CcnYWEhY4k

Twitter chats might take a little more organization to execute than your run-of-the-mill engagement strategies. When done right, the effort can pay off.

You can host a Twitter chat or partner with relevant thought leaders for further amplification. Either way, this tactic is a great way to increase visibility and build long-term connections.

We’ve broken down how to go about trying Twitter chats for the first time, alongside other Twitter marketing strategies worth experimenting with.

11. Be authentic (and not overly corporate)

The thesis? We can all agree that pizza on a bagel rocks. https://t.co/3PUw6DRktg via @MarketingBrew

Remember the above point about disingenuous automation? Channelling authenticity in your client’s Twitter strategy falls in line with that.

The beauty of social media is its ability to tear down the walls between brand and consumer. It’s a gateway to transparency — and because of that, people are all too happy to call someone out when their approach feels fake or forced.

Your job as a social media agency isn’t to help clients sound corporate. It’s to help them sound like people.

To achieve this on Twitter, consider using somewhat informal language, sharing the occasional bit of humor, and even standing up for a cause. If your clients want a platform, make sure they’re willing to use it with care and consciousness in the service of their audience.

Final Thoughts: How can I get more Twitter followers?

Still wonder, “How can I get more Twitter followers?”.

Gaining more followers on Twitter is multi-faceted. It’s not merely about the number ticking upwards but the quality of engagement you’re fostering through content shared.

It’s about how your client presents themselves, the bio details they call out, and the outreach done in support of relevant voices in their industry. Steer those eager to pursue cheap hacks toward the light with better alternative strategies and the right tools to implement them. 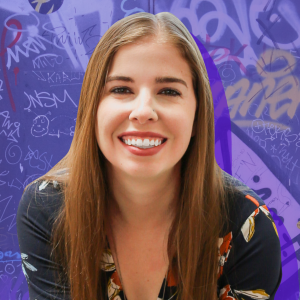 Maddy Osman is an SEO Content Strategist who works with clients like AAA, Automatic, Kinsta, and BigCommerce. Her background in WordPress web design contributes to a well-rounded understanding of SEO and how to connect brands to relevant search prospects. Learn more about her process and experience on her website and read her latest articles on Twitter @MaddyOsman.

Get updates and learn from the best

You may also enjoy these articles:

Fanbooster is no longer taking new customers We want Fanbooster customers to have the best possible experience managing social media. Because our platform hasn’t offered

Do You Want To Boost Your Business?

drop us a line and keep in touch

Learn more about the webinar